Have you ever wondered how many foods that start with N are in the world? We have! That is why we went searching for all the letter N foods we could find.

You may be surprised how many foods start with N. You may have heard of naan bread, but do you know what naengmyeon is?

There are letter N foods all over the world. Each of them is unique and tasty in its own way! Take a look at our awesome list of foods that start with N, and then give some of them a try. 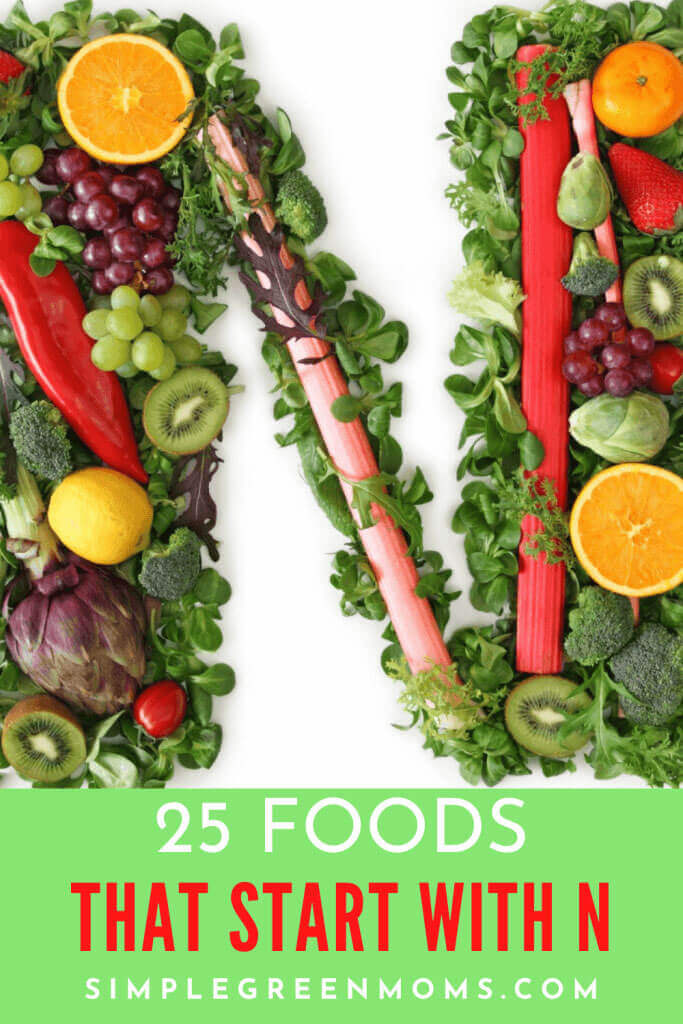 Foods that Start with the Letter N

We found 25 different foods that start with N. Which one of them sounds the best to you?

The first food on our list of foods that starts with N is Naan bread. Naan bread is a classic flatbread found in western and central Asia. It is also very popular in India. 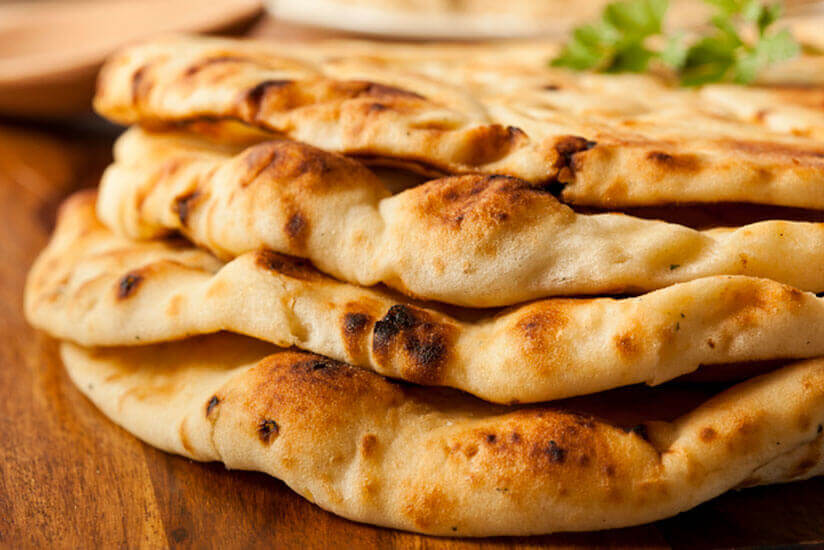 Naan is a leavened bread made with yeast. It is oven-baked or fried to quickly cook the bread.

Naan bread is used as a side dish, to make sandwiches, or even as a crust for a pizza. Such a great first food to start our list of foods that start with N!

Naengmyeon is ice-cold Korean noodles. The noodles are made with flour and starch. 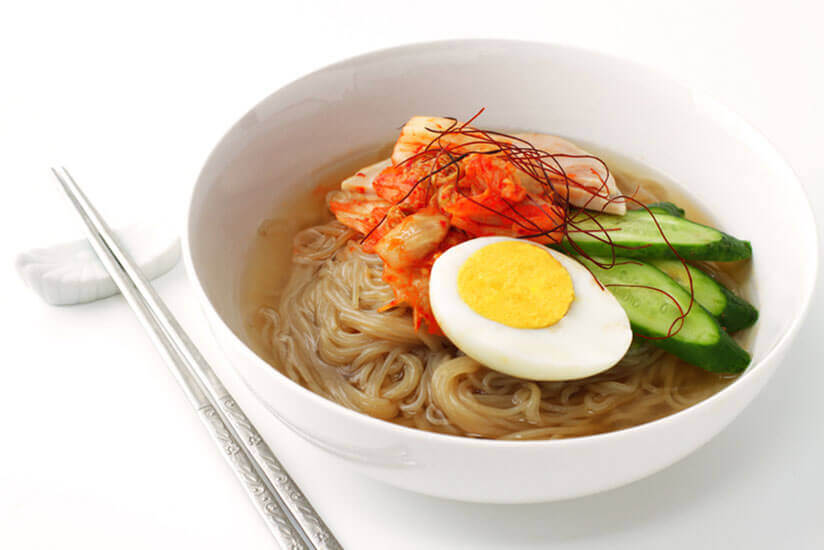 The starch ranges from sweet potatoes to arrowroot. No matter the ingredient, the noodles are quite delicious!

Naengmyeon noodles are served with beef broth. The soup usually has hard-boiled egg, soy sauce, Korean radish, and cucumber in the bowl.

Spicy mustard, rice vinegar, and sugar are served on the side.

Nori is a dried seaweed that is used in Japanese cuisine. Nori is made from a species of red algae. 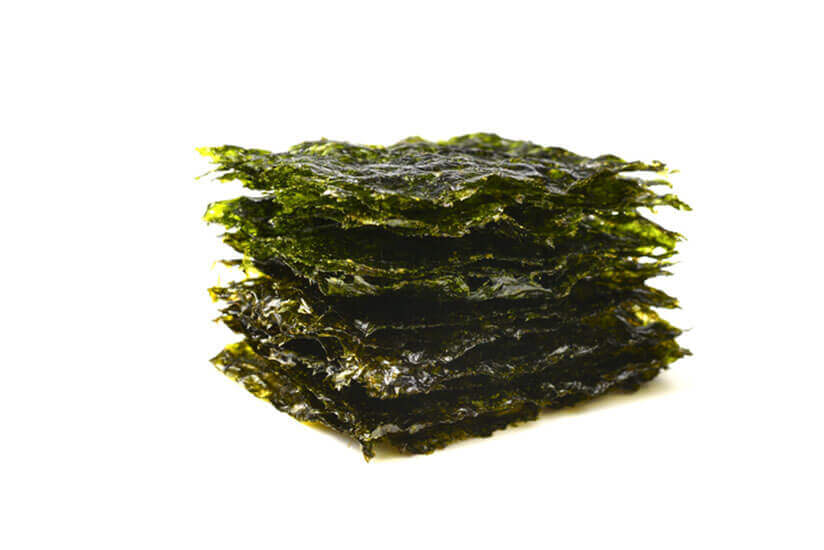 Nori is mostly used to make sushi. The sushi ingredients are rolled into the nori. Nori is also used as an ingredient in Japanese soups.

Nori has a salty and earthy taste. The texture is sticky and soft when wet but very brittle when dry. It is a staple in Japanese cuisine.

A Norman tart is a variation of an apple tart or apple pie. It is also called Normandy tart or tarte de Normande. 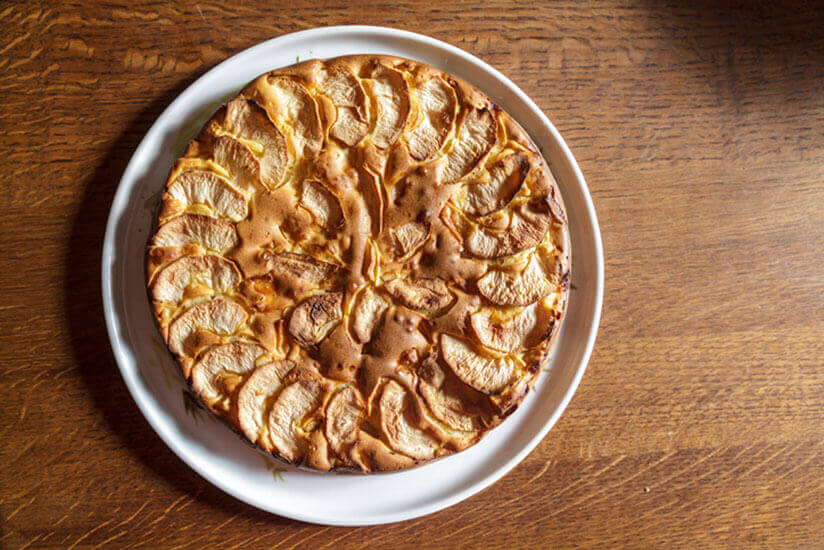 A shortbread pastry crust is filled with apples and sliced almonds. Creamy egg custard is poured over the apple filling and baked.

The apples caramelize as they bake and the egg custard sets around the apples. Normandy tart can be enjoyed warm or chilled.

Napa cabbage is a type of Chinese cabbage originating near Beijing. It is often used in East Asian cuisine. 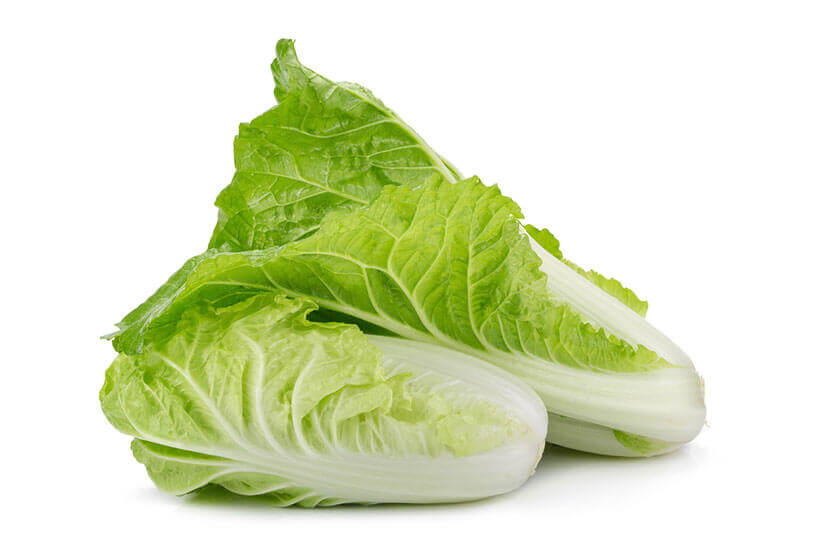 Napa cabbage is a little sweeter than traditional red and green cabbage. The leaves are more tender and mild.

Napa cabbage is great in stir fry, salads, and soups. 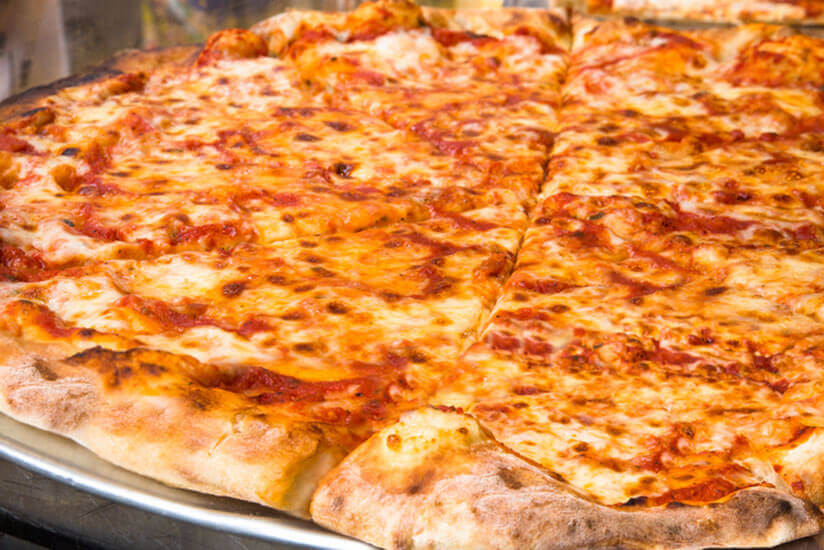 The pizza bakes until the cheese is melted and golden brown.

New York style pizzas are so thin and large that you need to fold the slice in half to eat it. The unique taste of the dough is attributed to New York water. The water is said to give the pizza the signature flavor.

Neapolitan ice cream is made with strawberry, vanilla, and chocolate ice cream. The three ice cream flavors are molded into a block. Each flavor layer is separate and colorful. 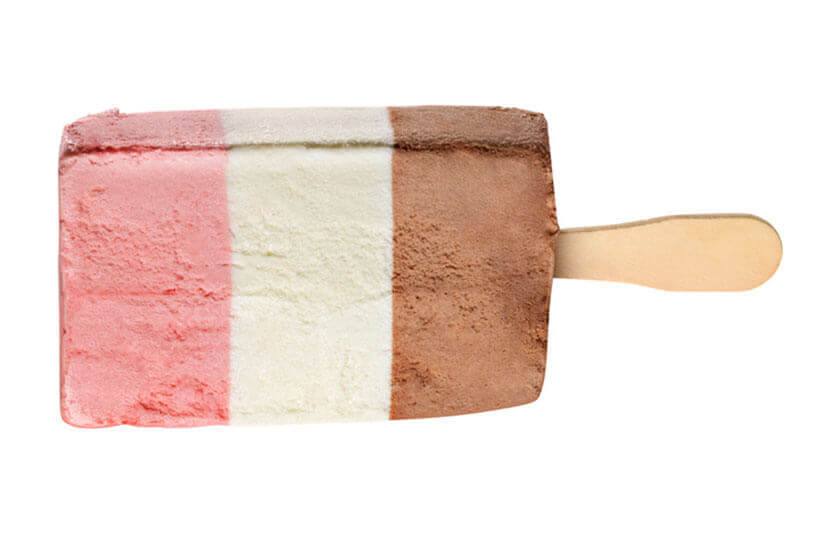 Our list of foods that start with N has to include Nerds! Nerds are an American candy first created in 1983. Nerds are mainly made with sugar, artificial flavoring, and food coloring. 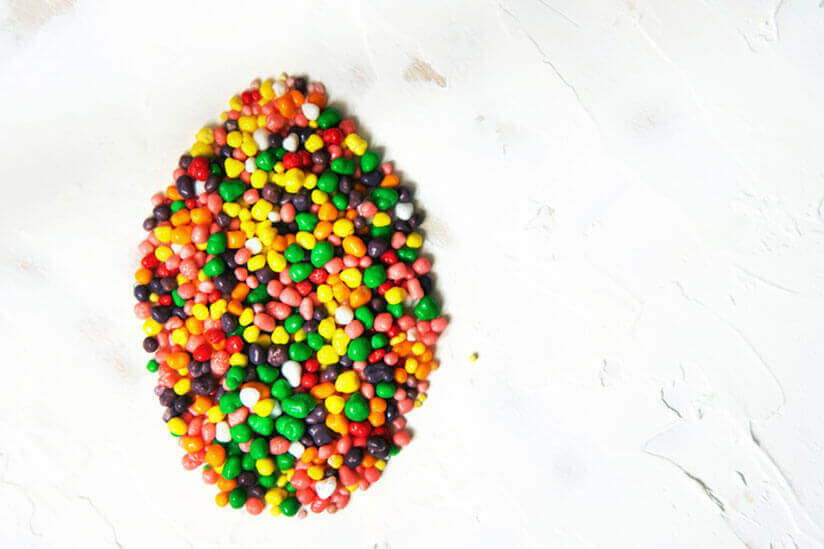 Small, pellet-like beads are sold in cardboard boxes. Each box of Nerds has two flavors, separated by a divider in the box.

There are many flavors of Nerds including strawberry, apple-watermelon, red raspberry, wild cherry, and grape.

Naranjilla means “little orange” in Spanish. The fruit is not actually a citrus fruit but it is actually a member of the eggplant and tomato family. 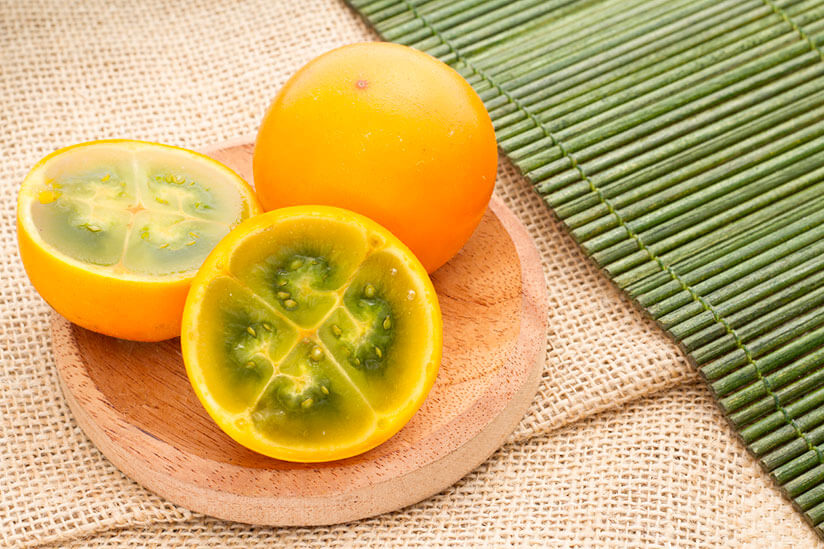 Naranjilla skin is very tough while the pulp in the center is soft and sweet. Cut the fruit in half and squeeze the juice into your mouth.

The most popular way to eat the fruit is to juice it.

Nasi Goreng is a southeast Asian fried rice dish. It is usually cooked with pieces of meat and vegetables. 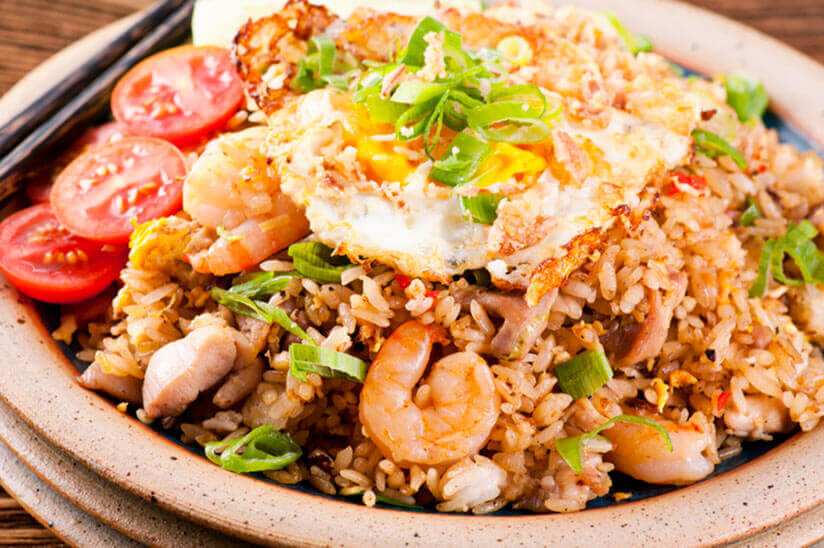 Nasi goreng is made with a distinct sauce. The sauce is made with kecap manis, a sweet soy sauce that makes the fried rice almost black.

The sauce caramelizes as it cooks, giving the fried rice a sweet and salty taste.

Natilla is a classic Spanish dessert. It is a rich, creamy custard similar to creme brulee. Natilla has no caramelized sugar top. 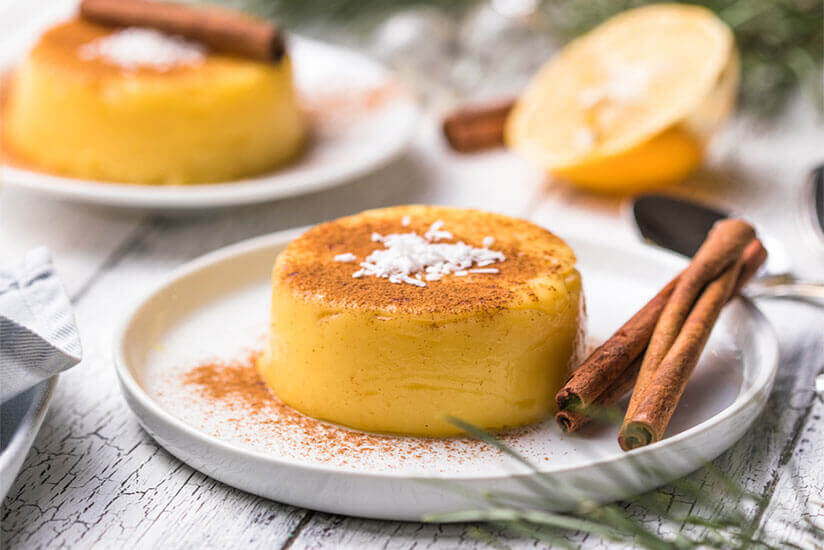 Natilla is made with milk, eggs, and sugar. Colombian natilla does not have eggs. The Columbian version is made with coconut, cinnamon, and milk.

Columbian natilla is served with fried bunuelos at Christmas time.

The nashi pear is the next fruit on our list of fruits that start with N. It grows on a tree native to East Asia. 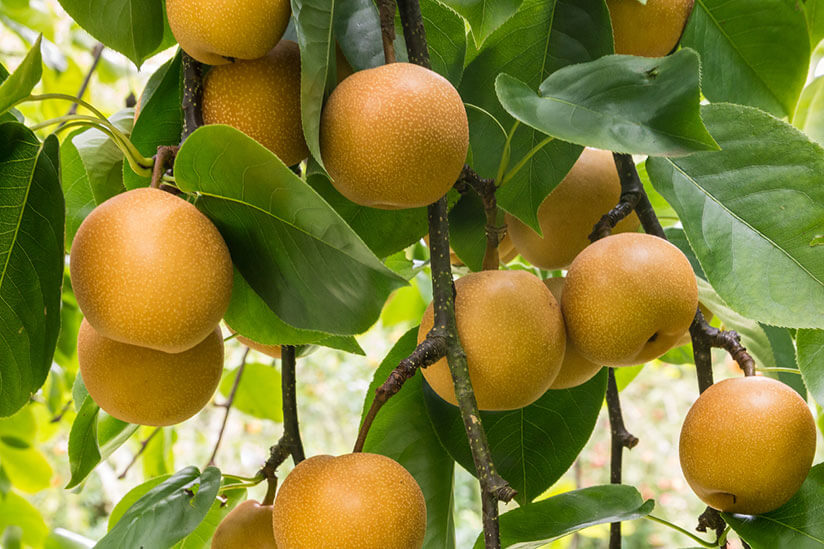 The Asian pear is known by many names including Japanese pear, nashi pear, and Asian pear.

Nashi pears are very round. They have a crisp texture like an apple. They are very sweet and juicy.

Nachos are a classic Mexican dish. Nachos are made with tortilla chips and toppings. You can find this delicious letter N food on every Mexican restaurant menu. 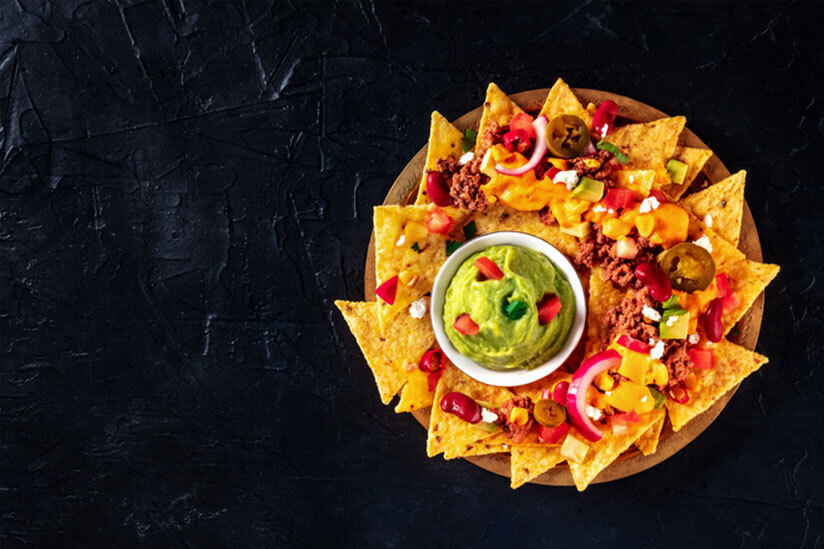 There are many different kinds of toppings that go well with nachos. Chopped tomatoes, jalapeno slices, ground beef, and shredded cheese are some common nacho toppings.

Nacho cheese is a key to making good nachos. Nachos often are made with shredded Mexican blend cheese.

Nacho cheese is sometimes much saucier. A blend of melted cheese is mixed with milk and seasonings, making a thick cheese sauce that coats the nachos.

As long as the heated tortilla chips are covered in some kind of cheese, the nachos will be delicious!

Navy bean soup is made with smoked ham hocks. Navy beans are added and slow-cooked with the meat. Chicken broth, tomatoes, carrots, butter, and garlic are all added to the soup. 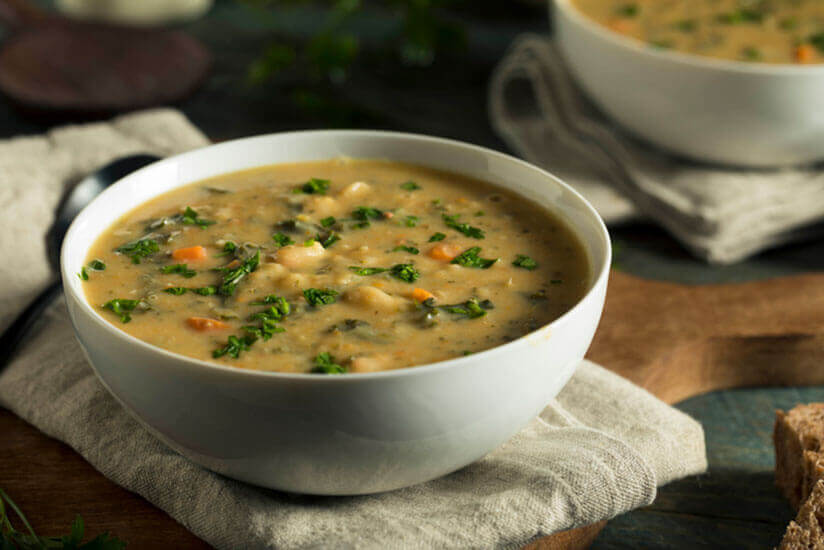 Navy bean soup is a delicious, cold-weather food. It is healthy and filling!

Green nutmeg melons are a type of muskmelon. They are named after the nutmeg spice due to their oval shape and patterned skin. 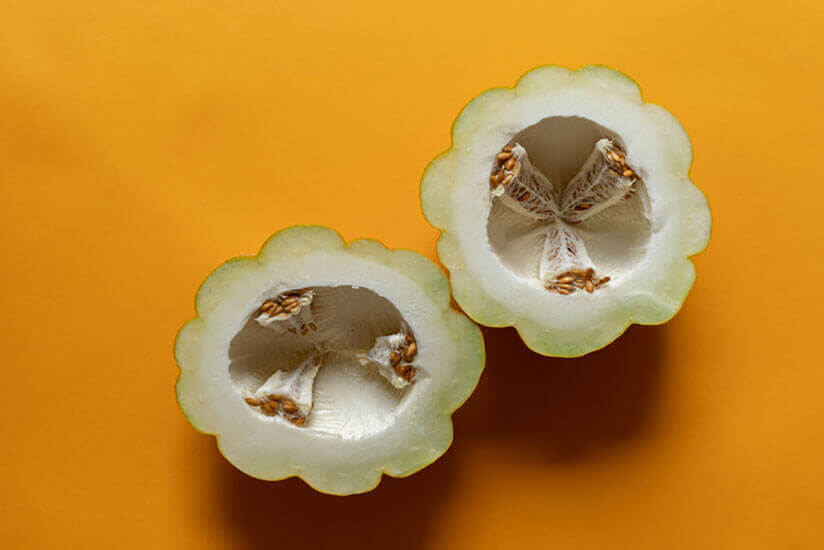 Nutmeg melon has a sweet taste and smell and weighs about two to three pounds. The melon grows well in North America.

Nutmeg melon is quite healthy. It has lots of vitamin C and minerals that help keep the body strong.

New England clam chowder is a specific type of chowder made with heavy cream or milk. In addition to clams, the chowder has potatoes, pork, and onions. 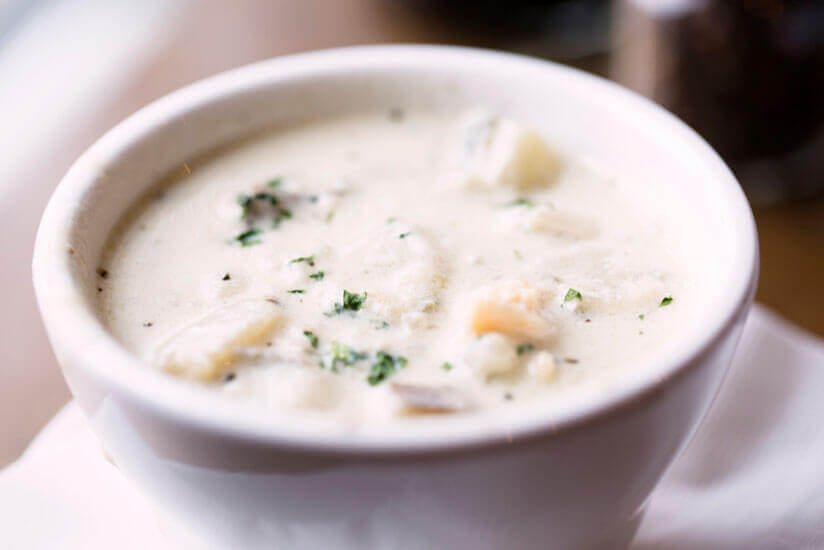 New York cheesecake is larger and richer than a traditional cheesecake. It is made with more cream cheese, extra heavy cream, and sour cream, resulting in a denser, tangy cheesecake. 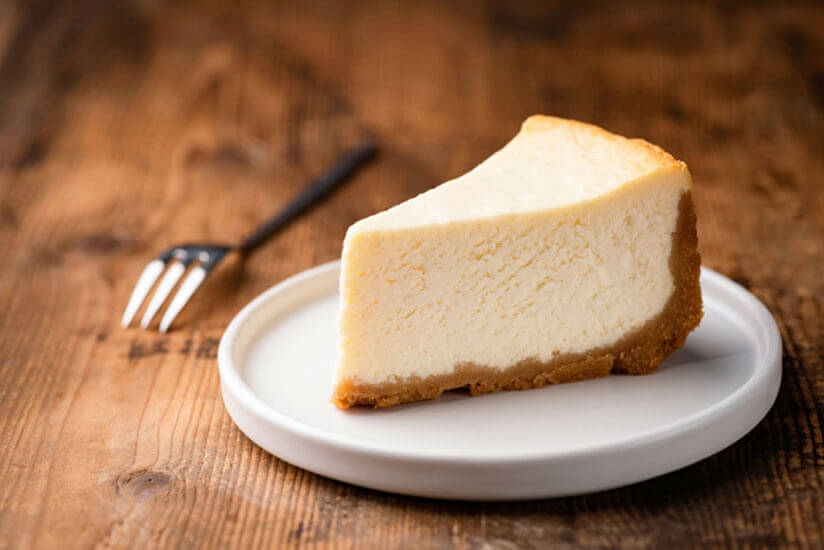 New York cheesecake is made plain or fruit can be added on top. Chocolate or caramel also go well in New York Cheesecake.

Navel oranges actually grow a second fruit near the stem. The fruit does not develop and looks similar to a human navel. That is how the orange got its name! 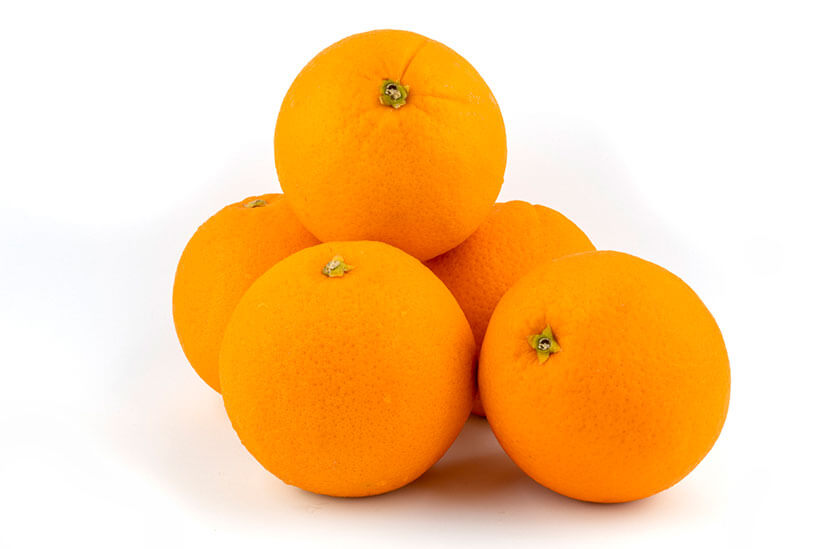 Navel oranges are usually enjoyed fresh. They have a naturally delicious taste that is hard to resist! Navel oranges can be made into fruit juice or used as an ingredient in a sweet treat.

Navel oranges are considered to be one of the healthiest fruits in the world. They are packed with vitamin C, antioxidants, and minerals. Oranges are not just sweet treats but also beneficial food to enjoy.

Nance fruit can be golden or yellow. The flavor can range from sweet to acidic. Nance is oily and juicy. 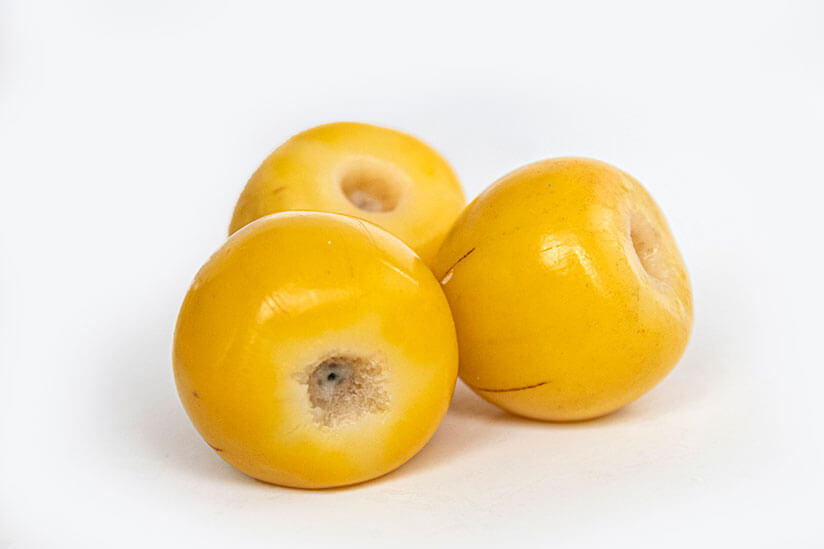 It is a delicious tropical fruit that definitely needs to be included on our list of foods that start with N!

Nance fruit is high in vitamin C, fiber, and other vitamins and minerals. Tropical fruit juices often have nance to add flavor and health benefits to the juice.

Nance fruit grows in tropical America. It mainly grows in Peru and Southern Mexico. They look like small golden tomatoes.

Nut bread is the next food on our list of foods that start with N. This sweet bread can be pretty much any kind of bread that contains nuts. Sweetbreads are more likely to have nuts. 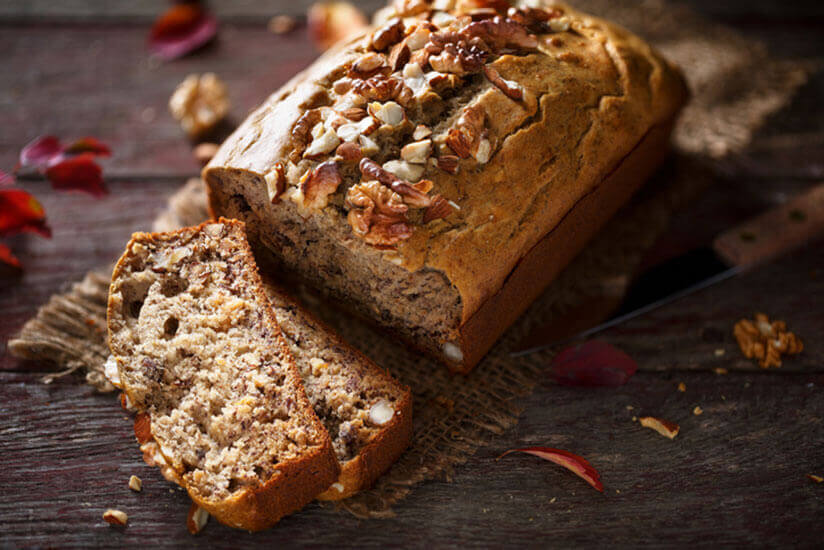 Date nut bread may be the most popular kind of nut bread. Date and walnut loaves were first baked in Britain. They are popular as a breakfast or to serve with tea.

Nigella seeds are small teardrop-shaped seeds that are traditionally used as a spice. The seeds are dark black. They are a popular food in Indian, Middle Eastern, and African cuisine. 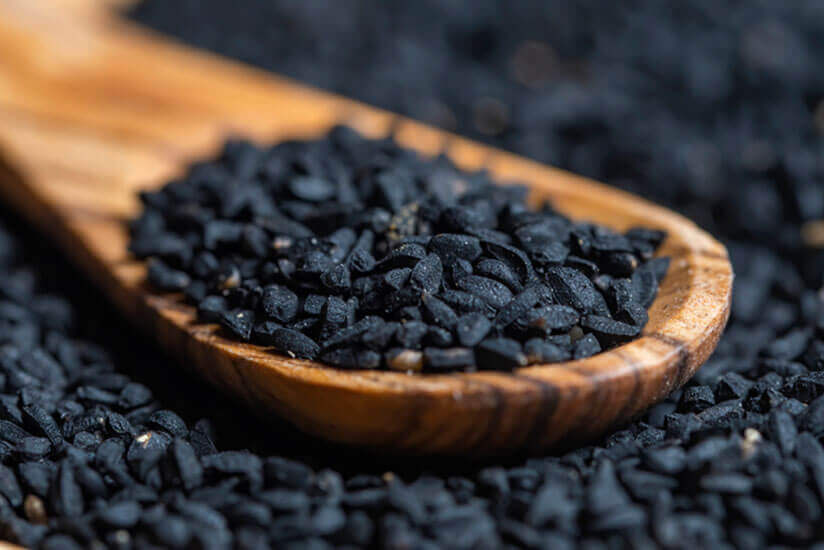 Nigella seeds are also known as black caraway, black cumin, or black onion seeds. They are slightly bitter and taste similar to a burnt onion.

Nigella seeds are known for their many health benefits. They may be used for regulating blood sugar and lowering cholesterol. Such a great food on our list of foods that start with N!

Noodles are a type of food that is enjoyed around the world. A noodle is made from unleavened dough. The dough is rolled flat and cut into long, thin strips. 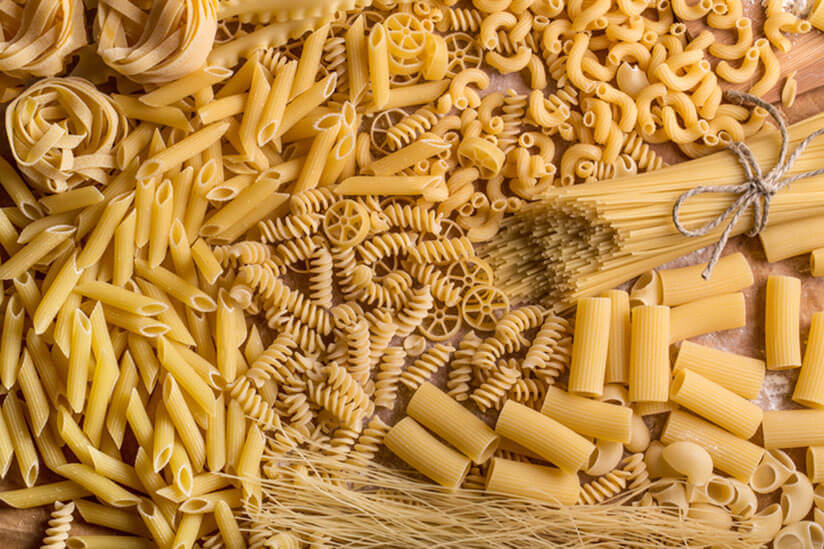 Cut noodle dough can be refrigerated or dried. Noodles are boiled in water to cook.

Cooked noodles can be topped with almost anything. From simple parmesan and butter to Asian peanut sauce, noodles go with just about everything! They are one of those everyday foods that we all love.

Nougat is a type of confection made with sugar or honey, roasted nuts, whipped egg whites, and sometimes candied fruits. Nougat is chewy and very sweet. 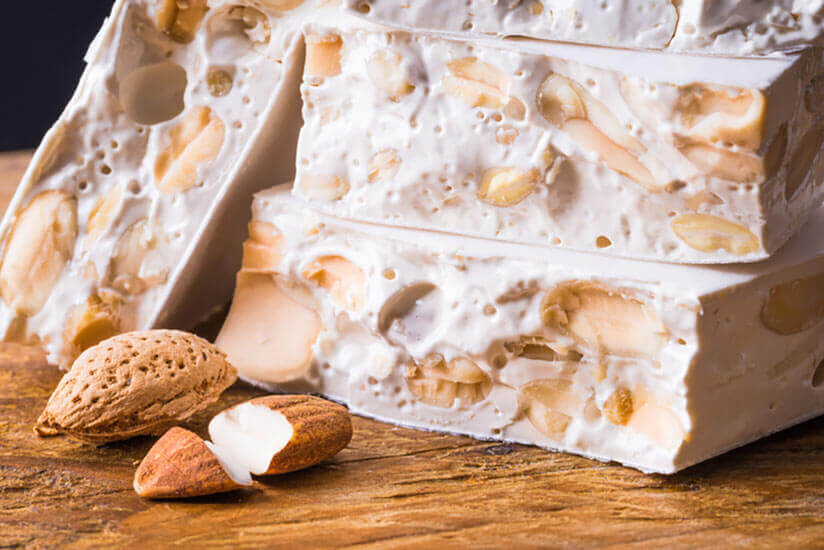 Nougat is often cut into a candy bar shape and dipped in chocolate. Thin layers of nougat are used in many popular types of candy bars.

Nougat can be very dense, or the egg whites can be whipped extra to make a fluffier candy bar. Most grocery stores sell many candy bars made with nougat!

The natal plum is also known as the num-num fruit. The small, reddish stone fruit is sweet and sour. 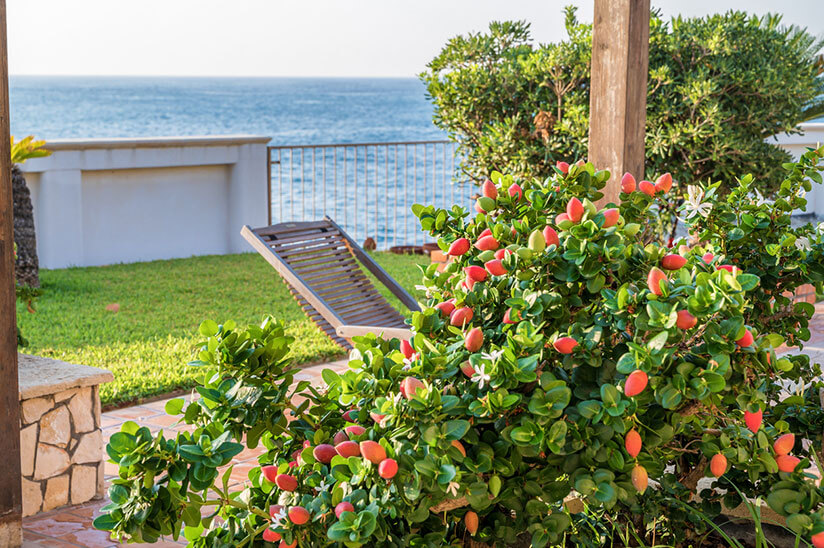 It grows on bright green branches. The shrub has double-pronged thorns to protect the fruit from predators.

Natal plums taste like strawberries and unripe cherries. They can be eaten fresh or baked into a tasty pie.

Natal plums are rich in vitamin C, calcium, and magnesium. They may be great anti-inflammatory and antiviral.

A Nicoise salad is made with tuna, green beans, hard-boiled eggs, tomatoes, and potatoes. It is hearty and filling enough to be a complete meal. 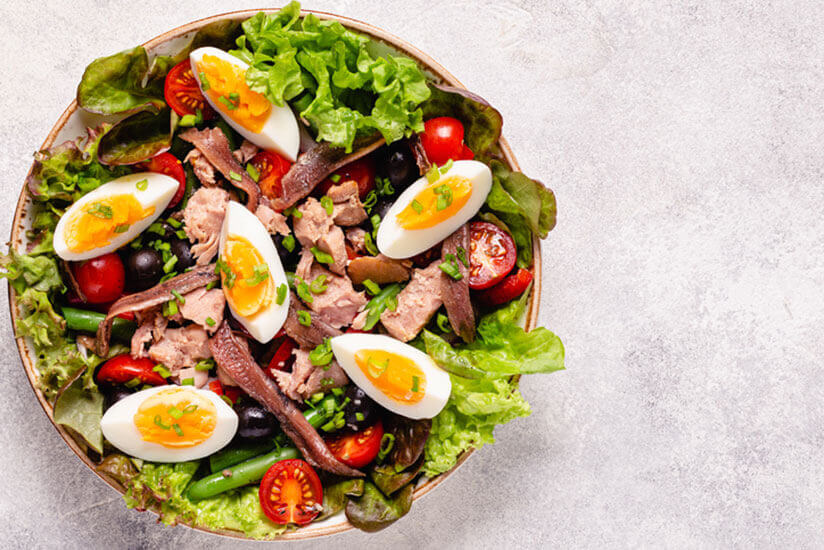 Fish, potatoes, and green beans are the main hallmarks of the salad. The hard-boiled egg can be replaced with fried egg, and any kind of salad greens will work!

Foods that Start with N, From Japanese Cuisine to Citrus Fruit

It is amazing how many tasty foods start with the letter N. We can’t wait to try a few (or all!). Let us know which letter N foods you love.