We hope that you enjoy and find value in the products we recommend! We thoroughly research our picks before sharing them with our loyal readers like you. Just so you know, if you click through a link we post or purchase a product that we recommend, we may collect a small share of that sale or other compensation from the links on this page. If you have any further questions, you can reach out to us on our "Contact" page.

What Are Ground Cloves?

Cloves are a very popular spice all around the globe.  From baking decadent desserts to the sweetest, most luscious puddings, to mouthwatering soups and marinades—these are profound.  In fact, there are very few cakes, cookies and bars that don’t have some slight essence of this exceptional spice.

But, where did it originate from and how did it come to be so prolific in the foodie world?  Well, not only do cloves have a strong dietary history, they also have a medicinal history as well.  So, let’s get a little educated here, and no doubt, it should be quite fun to learn a little bit more!

These grow on evergreen trees and are unopened, brown flower buds which are extremely fragrant—even before blossoming.  They are indigenous to the Molucca Islands, but today have spread beyond Indonesia and into India, Madagascar, Sri Lanka and other islands.  They are quite common in China as well, but they also have a strong history here.

Ground cloves are known to add a spicy dimension to an innumerate amount of baked goods and main dishes such as:

Cloves serve very different purposes in other regions.  In Indonesia, there is a huge market for “clove cigarettes” which are known as Kreteks.  However, many marinades and sauces are complimented by cloves too, so there is varietal here.

From flavoring savory casserole dishes to becoming an ingredient within a pie shell—this spice is a welcoming one and enamored by bakers and cooks all around the globe.  When it comes to the history of cloves, the most profound revelation is centered in China.

A Quick History of Ground Cloves

As briefly mentioned, the Chinese culture holds a rich history concerning cloves and their usage; and this dates all the way back to the 1500’s.  Before visitors could even meet with the Chinese emperor they were required to sweeten their breath and more often than not, this was done with cloves.

Furthermore, because cloves were highly valued across the world there were multiple wars that erupted surrounding who had the rights to this profitable spice business.  In the Molucca Islands clove trees were planted for each and every child born, because it was believed the tree was intertwined with the very life of the child.

So, it’s more than evident these were invaluable to the herbal world thousands of years ago, as they still are today.  There is even a hint of mythology surrounding this fragrant spice, which makes cloves even more intriguing!

What Are the Best Substitutes for Ground Cloves?

Have you ever been right in the middle of a recipe only to find you’re missing one of the most critical ingredients?  There is almost always a substitute you can find to fill in the loophole, but you need to be familiar here—especially when you’re baking!

Cloves is a very common and popular spice and it adds quite a bit of spicy dimension to baked goods.  Still, the following below substitutions are perfect to fill in the gap when you’re in a time crunch and your pantry is vacant of ground cloves!

All 5 of these listed spices give a comparable flavor to the time favored “cloves”, so there’s no need to worry at all.  And for those who just don’t like cloves too much, these substitutes give a slightly different aroma and variance, but won’t harm the integrity of your end product.

This is possibly the ideal substitute for cloves, since it is a mixture of varying spices—and also, ground cloves are actually included within.  Allspice has a nice, robust fragrance, much like cloves, only more poignant.

It is perfect for: apple pies, snicker doodles, split pea soup, spicy tomato marinades, apple spice cake and much, much more!  You do want to use an equal amount of allspice in place of cloves, and perhaps a tiny bit more for added flavor.

Now, for cakes and cookies—this substitution won’t even be detectable and your baked goods will be just as delicious as if you were using allspice!

This is another well rounded substitute, and again, just like allspice it holds the inclusion of cloves, among other essential spices.  There is that hint of pumpkin though, so you are going to taste a slight difference, but not enough to interfere with the recipe.

If you’re working to make a creamy pumpkin soup then this is an exceptional alternative.  Even something such as a pear pumpkin tartine won’t be harmed by substituting allspice and a mix of pumpkin pie spice for this amazing choice.

You might want to add a little nutmeg or cinnamon to calm the pumpkin essence down, but other than that, it is perfectly suited to replace allspice.

50/50 Blend of Nutmeg and Cinnamon

These two paired together replicate the fragrance and taste of cloves almost perfectly.  All in all, the flavor will be accentuated and you just might love the end result more than with the called for ingredient would have provided.  An apple spice cake will never be lacking with this kind of substitution.

You can even tweak the amount of vanilla flavoring with an additional cinnamon extract to give more spiciness and zest.  Even stewed apples, or apple dumplings won’t turn out to awfully different without that shake of cloves!

You can do the half and half of nutmeg and cinnamon and toss in a pinch of apple pie spice too!  Because all of these spices are in many baking recipes, you can find numerous substitutions very easily.  It basically comes down to the individuals’ preferences.

For marinades, purees and many soup bases, cardamom can work.  It is important to keep in mind that this has a very strong essence and to quiet it down you might want to consider pairing it with some nutmeg, or maybe even apple pie spice.

Cardamom has a very authentic aroma and flavor, and it is distinct.  If you’re baking a glazed ham, or even lamb chops—cardamom might help you out.  Because you’ll be adding other seasonings and spices, the differences between this spice and cloves just might go undetected.

We think that people will be too busy indulging their taste buds to the main course to even mind a slight variation anyway.  However, use cardamom only when other options aren’t easily available.

Many cooks will tell you mace is the perfect spice to replace cloves and it will work magic in any dish you apply it too.  For example, some of the most amazing rice puddings are made with mace and vanilla—and sometimes a pinch of citrus.

It is believed that this spice allows rice pudding to grow beyond a simple dessert.  It adds dimension, and it’s very similar to cloves.  If you want to really heighten the taste you can add pumpkin pie spice with mace.  This comes fairly close to the natural flavor of cloves.

Why Choose to Use Alternate Spices and Seasonings?

The bottom line here is that whether you’re poaching flavored dessert syrups, or you’re making a Brule, or you’re cultivating the best spice marinade for rack of lamb—don’t be afraid to experiment with seasonings.  This is how new flavors emerge.

Creative baking and cooking keeps food interesting and fun to eat!  Soon, we will be coming up on that time of the year where puddings, custards and apple crisp is on the menu once again.  Start getting crafty now and begin a little seasoning substitutions.  You might take an old recipe and just breathe new life into it if you do!

Hi, my name is Meghann and welcome to Simple Green Moms, a recipe and cooking blog for families. My Story... 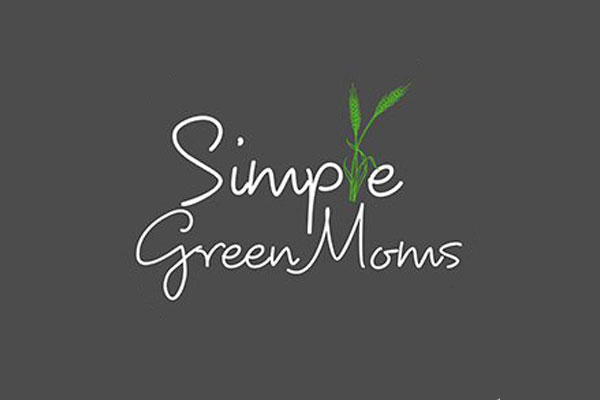